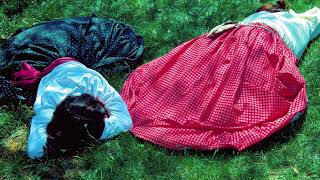 The Last Journey of an Amishman (Prologue, 2)

View YouTube video/music/narrative version (tap image below). (Approx. 3 min.) Video Fitzroy Mountain, seen in the first light of morning sunshine pouring across Argentina’s Patagonia, represents nature’s (not mankind’s) finest achievements all by itself. The rocks anchor the landscape, making a mighty curtain that serves up a variety of weather and visuals for the ranchers and communities scattered along its edge. Every continent has these enormous masses o
41 views0 comments
edgardavidboshart

Chappaquiddick (and a Senator)

A movie just released to the public, titled "Chappaquiddick", presents a version of events that linked now deceased Ted Kennedy, a former US senator representing Massachusetts, to the drowning of a young woman, Mary Jo Kopechne, on Chappaquiddick Island. I read that the movie itself did not do well at that box office, so far. Nevertheless, based on police and court documents, I reflected on the drowning incident after visiting Martha's Vineyard and Chappaquiddick a few year
40 views0 comments
Button
bottom of page